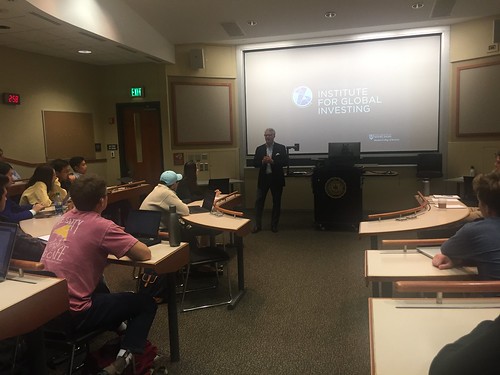 Stefanick is in the corporate advisory practice, where he focuses on advising large multinational companies across a variety of industries. In addition, he is a member of Evercore’s Management Committee. Stefanick holds a BBA in Accounting from the University of Notre Dame and an MBA from the Wharton School of Business at the University of Pennsylvania. He spent the first 20 years of his career in investment banking at Merrill Lynch prior to joining Deutsche Bank in 2009. His roles at Deutsche Bank included Head of Americas Corporate and Investment Banking, Head of Global Investment Banking Coverage and Advisory and Head of Global Industrials. Stefanick joined Evercore in 2017 as Senior Managing Director.

Founded in 1995, Evercore is a global independent investment banking and advisory firm headquartered in New York City. With approximately 1,700 employees in 10 different countries, Evercore has advised on more than $2 trillion of announced M&A transactions since its inception. Aside from Evercore's vested interest in global advisory, the firm is also engaged in institutional equities and investment management.

The Role of Banks

Banks are are involved in various aspects of financial services including mergers & acquisition advice, sales, trading of financial instruments, acting as underwriters of securities, and lending and providing cash management for companies. Although certain banks emphasize some of these activities over others, the traditional lines between commercial banks and investment banks have been blurred.

Expectations of an Investment Banking Career

Since Stefanick began working in investment banking in 1988, the financial industry has experienced several events, such as 9/11 and the 2008 financial crisis, that have had severe economic repercussions. Despite these adversities, “every equity index in the world is up at least 10 fold since the start of [his] career,” said Stefanick. This growth has fostered an exciting environment for students to start their post-graduate careers in investment banking.

Typically, a career in investment banking begins with an entry-level position as an Analyst followed by promotions to Associate, Vice President, Managing Director, and finally Senior Managing Director/Partner. While autonomy increases as investment bankers rise through the ranks of their firms, Stefanick asserted that those in entry-level roles still have the opportunity to play integral parts in high-power decisions.

Stefanick described responsibilities of an entry-level position, citing examples from his own experience: while working with a conglomerate underperforming its peers, Stefanick and his team were tasked with identifying the underlying problems faced by the conglomerate in effort to create greater value for shareholders. The analyst on the team, a recent college graduate, was instrumental in evaluating the issues and collaborating with stakeholders to develop an effective solution.

Stefanick also spoke about the current growth of the economy, outlining the by-products of steady growth rates and increasing interest rates. From an issuer's perspective, the prevalence and relatively low cost of debt and equity capital has been advantageous to the growing market over the past several years. Private equity capital has grown significantly with an estimated $1 trillion available for investment. Investment bankers consider these components when evaluating trends, as mergers and acquisitions tend to align with equity markets, GDP, and interest rates.

Stefanick also recognized the prevalence of cross-industry partnerships as as a market driver. Most notably, the rise of the technology industry has been a force for redefining how companies develop and execute their strategies. By allowing for unique collaborations, companies partnering effectively are able to gain new expertise while simultaneously expanding their businesses.