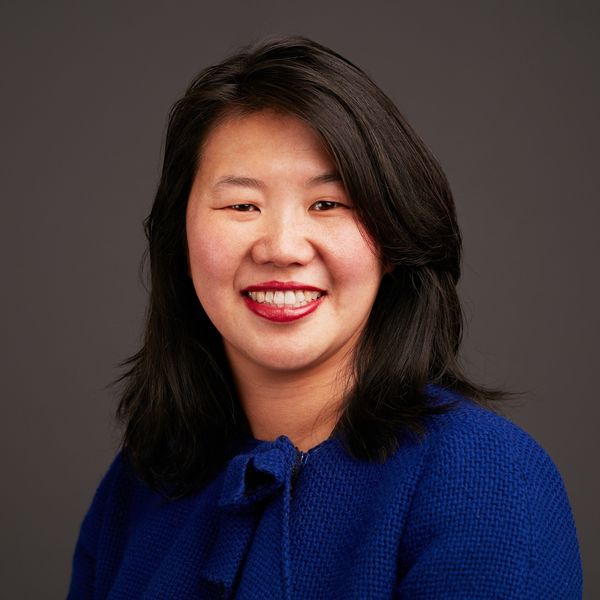 W. Vivian Lau is the Managing Partner and Founder of One Tusk Investment Partners (“One Tusk”).

Prior to One Tusk, Vivian was the Senior Partner and Co-Chief Investment Officer of Serengeti Asset Management (“Serengeti”) until January 2015, where she joined as a Founding Partner in October 2008. Serengeti was an opportunistic, value-based investing platform that was founded in September 2007. During her tenure, she helped to grow the organization to $1.5 bn of AUM with 30+ people.

In 2006, Vivian was promoted to Managing Director at Goldman Sachs at the age of 28. In the same year, she also became the Co-Head of the Multi-Strategy Investing business (MSI). MSI was a multi- billion dollar AUM platform that opportunistically invested across equities and credit. It was a 20 person investment team within the Goldman Sachs Special Situations Group (SSG), the largest global proprietary investment platform within the firm. From 2006 to 2008, she also oversaw the E&P Capital lending platform, which was a joint venture between SSG and J. Aron Commodities division. She was a member of the Americas SSG Investment Committee and Specialty Lending Investment Committee from 2006 to 2008.

Prior to her 2006 promotion, Vivian was a Senior Investment Pod leader in Goldman Sachs MSI business, leading equity and debt investments in the Energy, Healthcare, Materials, Industrials, and Liquidations, from 2004 to 2006. She joined the Special Situations Investing (SSI) business in 2002 as a Research Associate. Vivian helped to broaden the mandate and grow the business at SSI, which was renamed MSI in 2004. She began her career at Goldman Sachs in July 2000 as an analyst on the Distressed Bank Loan Research team.

Vivian graduated from Harvard University in June of 2000 with a B.A. in Applied Mathematics and Economics.

Vivian currently serves on the Dean’s Advisory Cabinet for the Harvard University Paulson School of Engineering, Arts, and Sciences (SEAS) since 2017, co-chairing the Dean’s Corporate Task Force Initiative in the 2019 to 2020 school year.  She also served on the Campaign Committee for SEAS and co-chaired the Harvard Class of 2000 15th and 10th Reunion Committees.  In addition, she served on the board of the Achievement Frist Crown Heights Elementary and Middle School from 2010 to 2013.