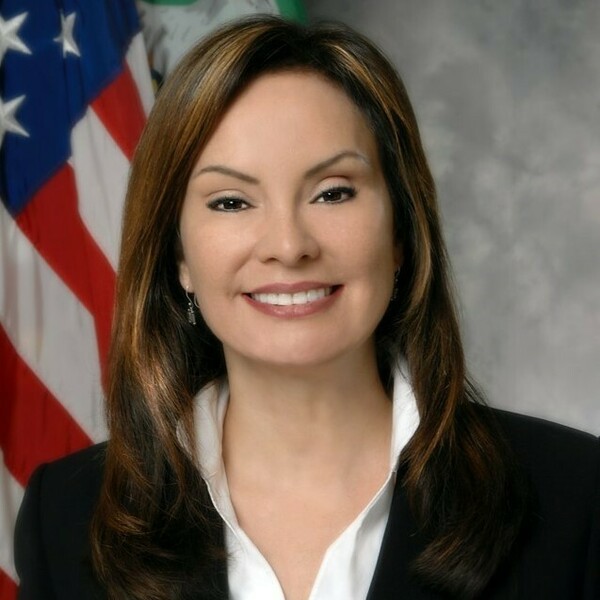 Rosie Rios is the CEO of Red River Associates, an investment management consulting firm and a co-host of Unicorn Hunters, a reality series focused on pre-IPO investments. She served as the 43rd Treasurer of the United States and was the CEO of the Bureau of Engraving and Printing and the U.S. Mint, including Fort Knox. She also initiated and led the efforts to place a portrait of a woman on U.S. currency for the first time in over a century. Upon her resignation in 2016, she received the Hamilton Award, the highest honor bestowed in the U.S. Department of the Treasury. Rosie was the longest serving Senate-confirmed Treasury official beginning with her time on the Treasury/Federal Reserve Transition Team in November 2008 at the height of the financial crisis. Following her tenure, she was appointed as a Visiting Scholar at the Radcliffe Institute for Advanced Study at Harvard University with a focus on Millennials and Post-Millennials.

In her role as Treasurer of the United States, Rosie’s day-to-day responsibilities included overseeing all currency and coin production activities with almost 4,000-employees in eight facilities nationwide and an annual budget of approximately $5 billion. In the first five years of her tenure, she saved over $1 billion by implementing strategic efficiencies while meeting increased production demand and increasing employee morale at record levels. Her signature currently appears on a world-record $1.7 trillion of U.S. currency out of the approximately $2 trillion in circulation worldwide.

Rosie’s entire career has focused on real estate finance, economic development, and urban revitalization in both the public and private sectors. Prior to her presidential appointment in Treasury, Rosie was Managing Director of Investments for MacFarlane Partners, a $22 billion real estate investment management firm based in San Francisco. She was responsible for several of MacFarlane Partners’ urban investment activities including sourcing, underwriting, and structuring prospective investments and all relevant due diligence as well as overseeing projects during their development and stabilization. Other real estate/urban revitalization activities include serving as the Director of Economic Development and/or Redevelopment for multiple cities such as Oakland, Fremont, San Leandro, and Union City. She consulted with the City of San Francisco Public Utility Commission and reported to the Assistant General Manager for Infrastructure on one of the nation’s largest capital improvement programs. Her first job following college was as a Commercial Property Underwriter for General Reinsurance Corporation.

Rosie is a graduate of Harvard University and is the first Latina in Harvard’s 385-year history to have a portrait commissioned in her honor. Her portrait was officially unveiled at Winthrop House in May of 2019. She currently serves on the board of American Family Insurance, Ripple, GetInsured, Fidelity Charitable Trust, the Schlesinger Council at Harvard, and the Advisory Committee for Artemis Real Estate Partners. She was previously a Trustee with the Alameda County Employees Retirement Association (ACERA). She is also a Senior Advisor to the CEO’s of Agi Bank and TransparentBusiness. In 2019, she was appointed as a member of America 250, the Congressional Commission to commemorate the 250th anniversary of the nation’s founding in 2026. She serves on the Executive Committee and is the Chair of the Finance and Audit Committees and is leading the strategic planning process. Her personal passion includes serving as Founder and CEO of EMPOWERMENT 2026, an initiative that facilitates the physical recognition of historical American women. Its first project, Teachers Righting History, recognizes historical American women in classrooms across the country. She has also launched Notable Women, an Augmented Reality educational initiative in collaboration with Google. In August 2020 she was honored as one of USA Today’s Women of the Century.