Please reserve your spot and REGISTER for this event. 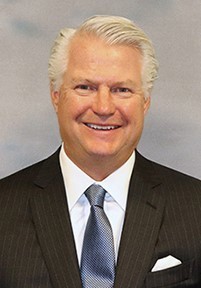 Paul Stefanick joined Evercore in October 2017 as a Senior Managing Director in the firm’s corporate advisory practice focused on advising large, multinational companies across a variety of industries. He is a senior leader of the company and a member of Evercore’s Management Committee.

Prior to joining Evercore, Paul was a Managing Director and Chairman of Global Corporate and Investment Banking at Deutsche Bank. He has been a trusted advisor to a broad range of clients for nearly thirty years and has advised on many notable M&A and capital markets transactions for clients such as Danaher, United Technologies, Honeywell, John Deere, IBM, GE, Martin Marietta Materials, Stanley Black & Decker, Raytheon, Colfax, Tyco, Eaton, Ingersoll-Rand, Merck, General Motors, Ford, Thomas & Betts, Timken, EMC, Rexnord, Georgia Pacific, Roper, Flowserve, Thyssen, Ixia, Schneider SA, Atlas Copco, Carlyle and Clayton Dubilier & Rice. His previous roles at Deutsche Bank included Head of Americas Corporate and Investment Banking, Head of Global Investment Banking Coverage and Advisory, and Head of Global Industrials. Prior to joining Deutsche Bank in 2009, Paul was Chairman of Global Mergers & Acquisitions at Merrill Lynch & Co., where he spent the first twenty years of his investment banking career. He earned his CPA credentials while working on the audit staff at Price Waterhouse for four years after having graduated from college.

Paul holds a Bachelor of Business Administration degree from the University of Notre Dame and an MBA degree from the Wharton School of the University of Pennsylvania. He sits on Notre Dame’s Undergraduate Experience Advisory Council and its Wall Street Leadership Committee. Paul is also a member of the Metropolitan Museum of Art’s Business Committee.

Evercore has approximately 1,700 employees in 10 countries. They have advised on more than $2 Trillion of announced M&A transactions since their founding in 1995. Learn more on their website.