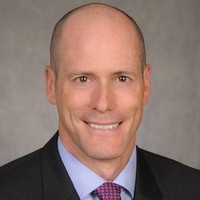 Bill is a Portfolio Manager at Fidelity Investments (FMR) where he has been employed since 1994. He currently manages the International Discovery Fund (since 2004) and co-manages the Fidelity Sustainable International Equity Fund, which was launched in 2021. Bill is based in Boston after having lived in London for 15 years where he started FMR’s UK office. Prior to his current responsibilities Bill managed several of Fidelity’s Asia-Pacific funds and was based in Tokyo, Japan. He also lived in Hong Kong where he was an analyst for Fidelity covering emerging markets and was Director of Research where he led Asia’s largest ‘buy-side’ research team.

Prior to joining Fidelity, Bill was a private equity analyst with the Prudential in Newark, Hong Kong, and Singapore where he looked at small companies in the emerging markets of Asia with a focus on Southeast Asia.

Bill is on the Notre Dame College of Arts and Letters Advisory Council, a volunteer in London’s Tutormate Program, and runs his own impact investment fund which supports educational endeavors around the world.